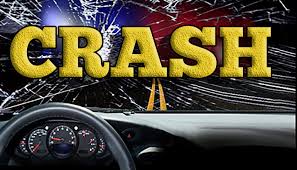 According to the Missouri State Highway Patrol crash report, Zachary Fink, 18, of Macon, was heading north on Kellogg Avenue when he failed to yield and pulled into the path of a car driven by Derrick Paris, 29, of Callao.

Paris was heading west on Highway 36 when his car hit Fink’s truck.

Paris had two children in his car during the crash, a four-year-old boy and a five-year-old girl. Both of them suffered serious injuries and were transported by the ambulance to Samaritan Hospital. The kids were not wearing a safety device.

According to the online crash report, troopers don’t know if Derrick Paris was buckled up when the crash happened. He was not hurt.

Fink received minor injuries and was treated at the scene. He was not wearing a seat belt.